I still have company and haven't been online much (things will get back to normal soon, I promise). But here are some more pretty Biltmore pics, plus a few from Grove Park Inn. 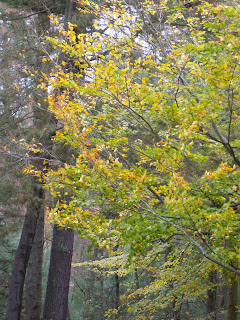 Most of the foliage was gone, but here and there, we saw some color. 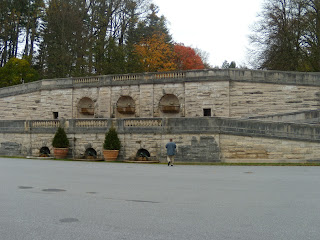 This archway is at the far end of the Biltmore front lawn. It fronts the road that you have to drive past to get to the Winery. It's set up specifically for the Big Reveal of the house. 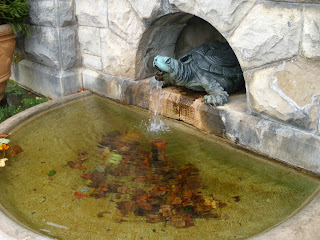 I had never seen this turtle fountain before. 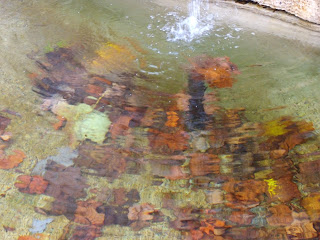 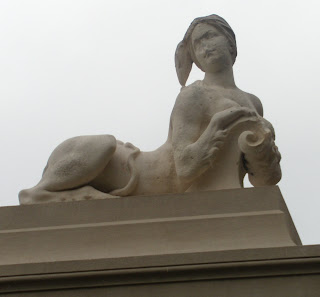 I'd never noticed these guardians before either. 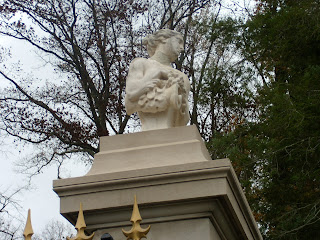 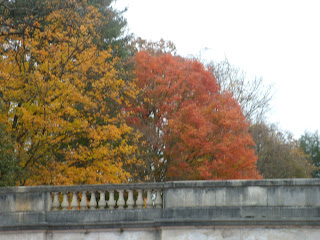 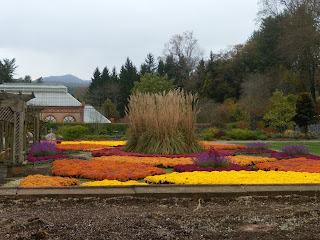 It was too cold to get out and wander the Mum Garden, but I love how the design and color changes every year. I want socks in these colors. 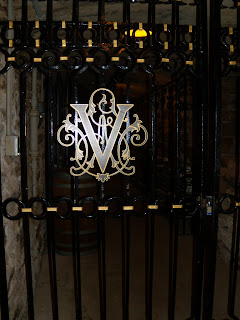 The Vanderbilt Crest, down in the tunnel leading to the winery. 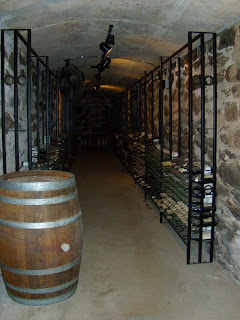 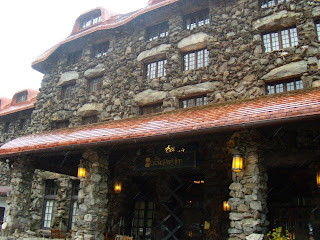 We also stopped in at The Grove Park Inn, which is chock full of Art Deco splendor. 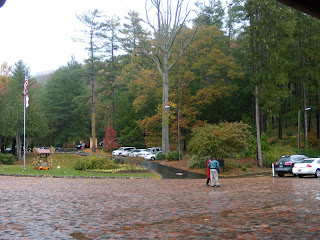 You can't tell in this shot, but it was snowing rather heavily, which worried me since I had to fly out the next morning (too bad I didn't know that it didn't matter, I could have enjoyed the pretty flakes). 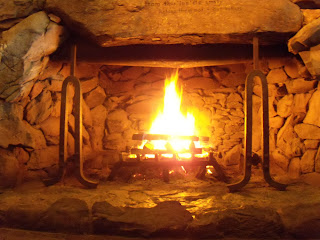 The lobby of Grove Park has two huge fireplaces. This one was lit, and we were able to sit in rocking chairs in front of it and warm up (well, more likely, broil, but it felt good for a bit since it was very damp and cold outside). 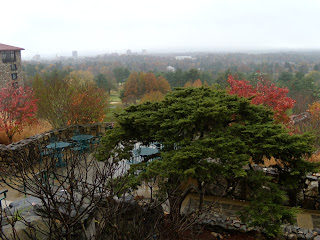 The view from the Grove Park veranda is stunning. 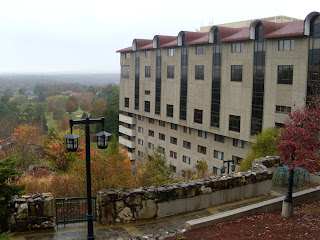 Some day, I would like to stay there. After I win the lottery. 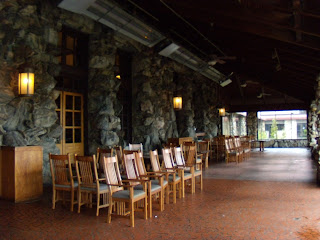 They were putting up Christmas decorations while we gawked. 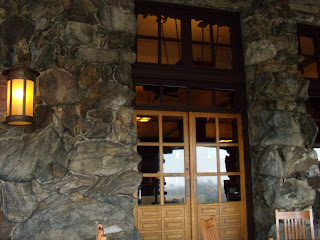 I do love transoms.

Okay, that's about it for trip pics (until late December, when we go to Portland). Now, it's back to work.
Posted by Kathleen Taylor at 8:57 AM