The New Shirley Temple, brought to you by puberty. Also by Paper Doll Friend Lorie.

This absolutely gorgeous set was published by Saalfield, in 1942. Shirley Temple would have been about 14. The adorable little girl roles of her childhood were gone by then, and her acting career was nearly over. 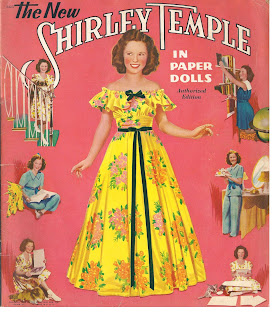 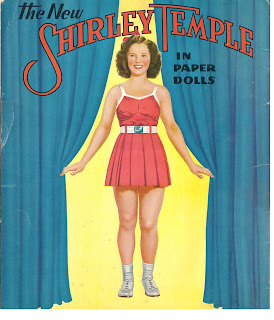 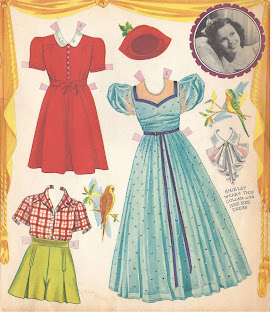 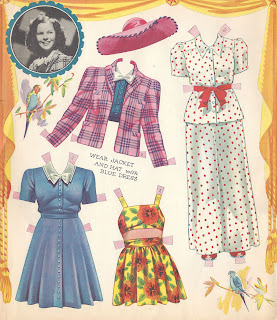 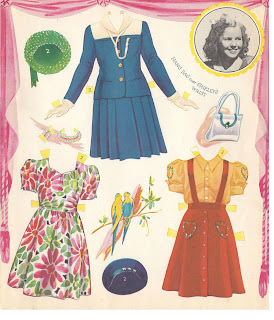 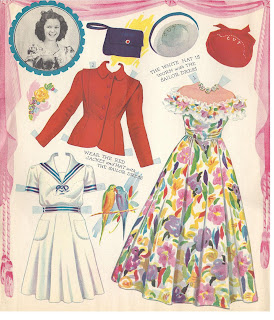 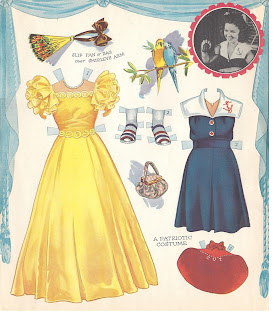 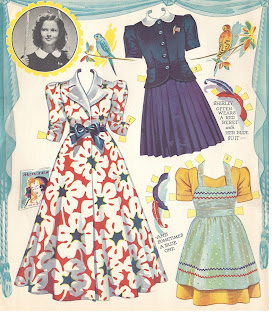 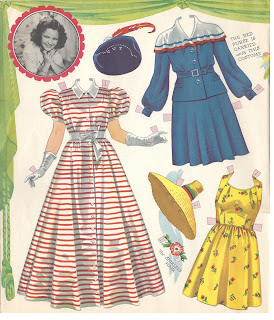 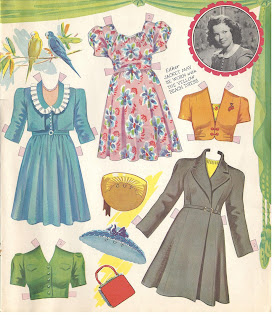 Thank you Lorie, for sharing this wonderful paper doll with us!
Posted by Kathleen Taylor at 7:54 AM

When she was 19, Shirley was in a favorite movie of mine,"The Bachelor and the Bobby Soxer." The self-perpetuating exchange which begins,"You remind me of a man" never fails to amuse me.

I like that little banter bit too. I used to say it with my daughter when she was wee. I had an eight year old Shirley paper doll set when I was young. Sadly, it is gone now.

who do, you do... hahaha I loved that movie.
Thanks Kathleen these are great. Some seem a bit matronly for a teen and some seem so young. Beauty of a wardrobe.

I love it! and I love her!
Here in Brazil she is the best!