Cruise- In Freeport and Port Lucaya

Don't get me wrong, it was still hot and thick, but the Freeport day was more comfortable than the Nassau day. I don't know if it was the fact that we were a little further north, or if the coming storm (the clouds came in on us pretty quickly) cooled things off a bit, but either way, we were hot but not nearly as hot as the day before. 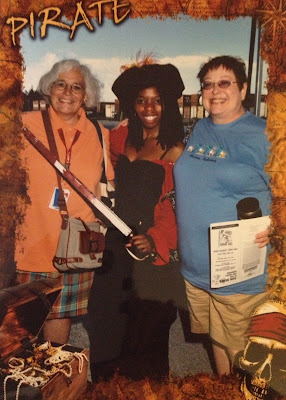 As always, the photographers were set up right outside the ship (and inside, and everywhere else).
Freeport isn't as pretty right at the docks, the way Nassau is. But still, there were some stalls and shops. 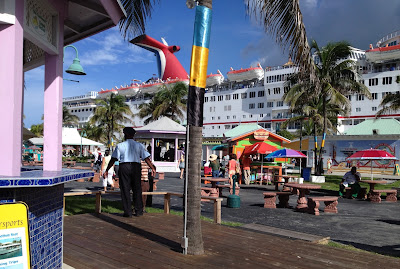 Again, we skipped the planned excursions in favor of just wandering and shopping. We had learned from the earlier adventure, and were determined to take a cab to the Port Lucaya shops. It turns out that we had no choice, Port Lucaya was a 25 minute drive along busy streets, we would never have found it. The lovely thing is that the Taxi drivers camp out at the ports, and the rides are only $5 each way.

Every time we went around a corner, my brain forgot that we were driving on the *other* side of the street, and my heart would stop when I spotted oncoming traffic. 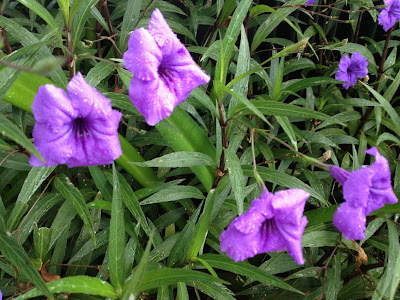 There was about a 5 minute downpour at the Lucaya market stalls when we first arrived, but it was a warm rain. I have no idea what these flowers were, but they were pretty. 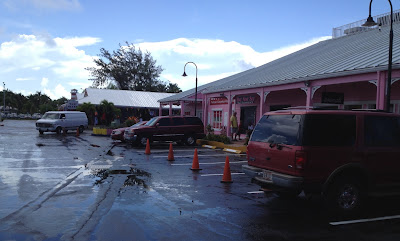 The crowd thinned out pretty much after the rain, but that didn't stop the stall folks from calling out to us, wanting us to step into every booth (though they all pretty much sold the same things). I was prepared to bargain, but I didn't see anything I wanted, except a tank top for my dad, and the vendor wouldn't budge from $30 (which I was not about to pay). They called all women Sweetie. 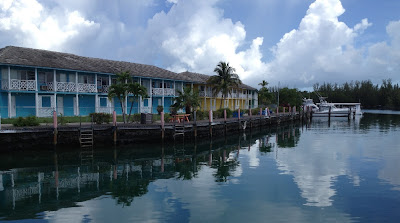 This teeny little marina was right across from the restaurant where we had lunch. Seeing this picture takes me right back there. 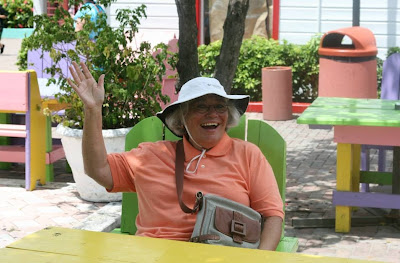 Everything is so colorful, even the chairs. 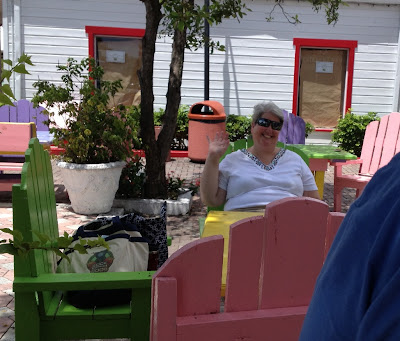 Also Cathy (friend and fellow knitting cruiser), who shared our shopping morning with us. 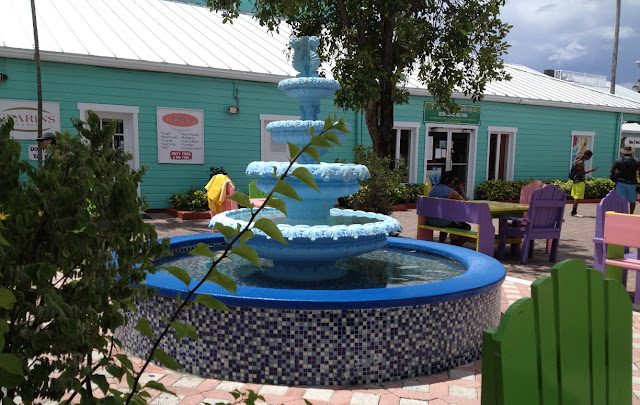 The fountain played along too. 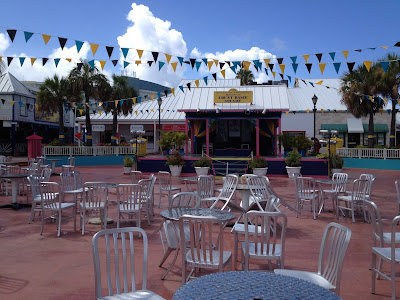 We didn't wait for the band to come, but I'll bet there were steel drums involved. 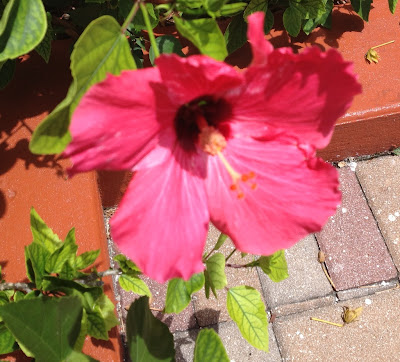 I'd never seen a growing hibiscus before. 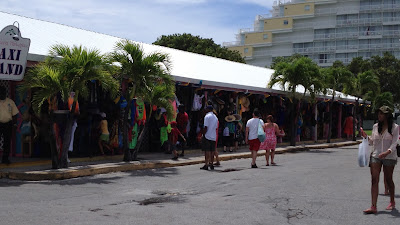 The rain stopped, and the shoppers re-emerged. So did the clouds. 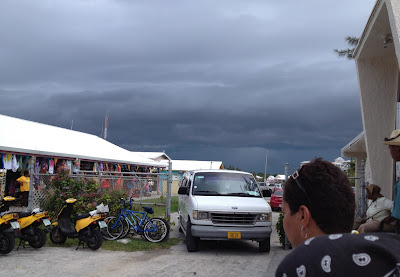 If I had been at home, I would have been cowering in the house, away from these clouds. They felt very stormish to me. I didn't relax until we got back into the cab (I have a thing about lightning, as some of you know) and headed back to the ship. 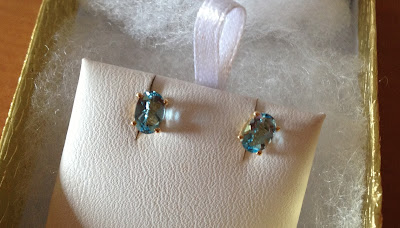 I resisted the urge to buy very many souvenirs (and those I did buy were for others, plus a fridge magnet or two for myself. I always buy fridge magnets). But as we wandered through the jewelry stores, first in Nassau, and then in Freeport, I kept pausing at the displays of blue topaz (something I did not know existed). The color so perfectly mimics the Caribbean waters, that I finally gave in and bought myself a pair of topaz and yellow gold earrings. Every time I look at them (mostly in a mirror, because I've been wearing them ever since I got home), I remember the beautiful islands. FWIW- they were about half what the same earrings would have cost on the mainland, and they didn't come anywhere near to exceeding the amount of purchases allowed by customs. 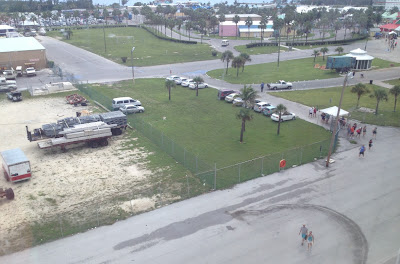 Back safely on the boat, I watched damp and happy tourists straggle back on board.

We had one more day at sea (with classes, which I have already detailed), and then it was back to the real world.
Posted by Kathleen Taylor at 1:43 PM

I feel famous for making it on your blog. Thanks for writing about the cruise. It's a great way to remember and relive the experience.