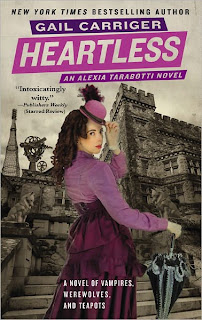 It's hard to talk about books in The Parasol Protectorate series because everything about this installment with soulless Alexia Tarabotti is a spoiler for those who have not read the previous three books, but I will say that Heartless left me wishing that Timeless would be released now, instead of in March. 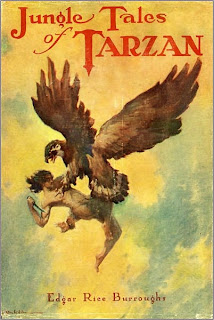 I'm working my way through Jungle Tales of Tarzan, which is more a series of linked short stories than a single novel. This book is set totally Pre-Jane, centering on teenage Tarzan living and growing up with a tribe of apes. Among other things, young Lord Greystoke falls in love, learns that pretending to be a lion results in major bruising, and discovers that dreams are confusing, y'all.

And as always, I was surprised by Burroughs' bits of subversive humor. My favorite quote so far:

Bukawai, fearful lest he should lose any recompense, followed Momaya with the intention of persuading her  to part with her ornaments of copper and iron against her return with the price of the medicine--to pay, as it were, for an option on his services as one pays a retaining fee to an attorney, for, like an attorney, Bukawai knew the value of his medicine and that it was well to collect as much as possible in advance. 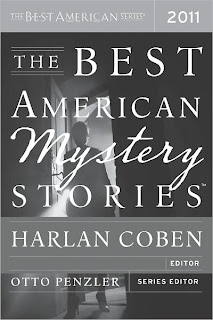 I'm also working my way through The Best American Mystery Stories. I have always liked short stories, and this collection is pretty good, though the quality is variable. Actually, I'm variable. A couple of the stories that I can *see* are good, just didn't engage me. And there was one long story, involving terrorists, that I simply did not understand. Truly, I read the whole thing, but I still don't know what happened. 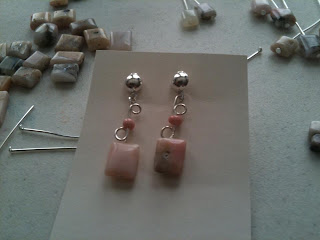 I know what happened here, though. I made some earrings with pink opal stones and sterling silver pins and posts... 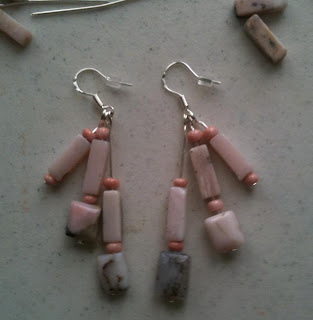 I can't wear wires yet, but I did try on the posts. It has been a very long time since I wore dangly earrings. They tickle...
Posted by Kathleen Taylor at 7:37 AM

Well, I'd sort of been resisting the Carriger books, but decided to try one after seeing your comments. They are great fun! She is witty, and I love her use of language.

Jungle Tales Of Tarzan is an amazing book!
And the earrings look very good, nice work!