Okay, so there I was, free-form quilting away on the ABC baby blanket, 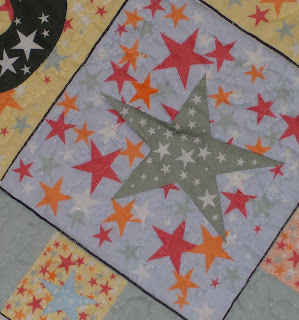 moving along, sewing slowly and carefully, outlining big and medium stars and letters, and forming curlicues and swirls everywhere else, 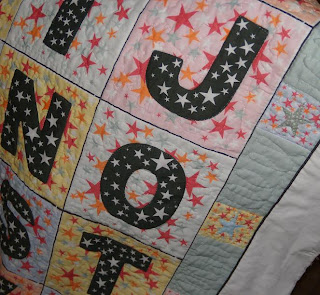 making really good progress. In fact, I finished all of the quilting, stopped the needle, satisfied, and then glanced up to see...
smoke rolling from the sewing machine.
Folks, you would have been proud of me- I paused only long enough to utter a couple of unrepeatables, and then calmly turned off the machine- at which point the smoke did not stop. I unplugged it from the wall, and still it smoked. So I picked up the whole thing and carried it, still smoking, out onto the back deck, where I watched it warily for awhile, ready to toss it onto the grass if it burst into flames. 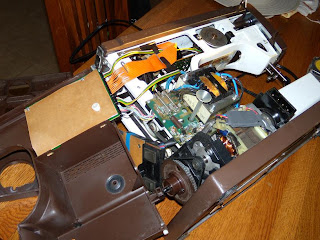 It didn't. Burst into flames, that is. The Hub carefully removed the cover and some of the innards and sniffed around. The burny smell was everywhere inside, but nothing looked scorched or damaged. This morning, he reassembled it, and gave the motor a test spin, and it seems to be working. I had to interrupt the All Spoonflower All the Time in order to go over the charts and graphs for Fearless Fair Isle, but now that I'm done with today's installment on the paying job, I want to see if this 30 year old beast can still attach thread to fabric (and given my current obsession, that's a function I would like it to perform correctly).
The Hub's conclusion was that I was sewing too slowly, for too long an uninterrupted period- that small motors aren't made to work that slowly without breaks. He thinks I just overheated it. We'll see if he's right 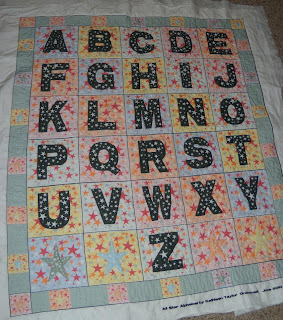 because all I have left on the quilt is to assemble and attach the border, and I intend to do that today, even if I have to sew it with my teeth.
Posted by Kathleen Taylor at 2:52 PM