I need to finish getting my handouts printed and my workshop samples and materials together for the Winter Retreat in Asheville, so I can get them sent. I haven't even started wrapping presents. Hell, I mostly haven't started *buying* presents yet. I could be doing Christmas baking. I could be working on tonight's supper. The bathroom needs cleaning...

So, what have I been doing instead? You know how Writing Pundits always say: show, don't tell? There's nothing but telling in this book. The notion intrigued me- Anne Boleyn and Henry VIII working out their differences as they are reincarnated in different lifetimes. Sounds good, right? Wrong. Pages and pages and pages and pages of descriptions of life, with nary a bit of dialog. The descriptions in Threads were at least interesting. But when the author went back in time, with Henry and Anne sometime being lovers, sometimes being mother and son, always soul mates even before that whole Tudor Debacle, I bailed. 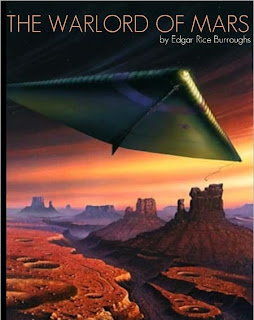 I wasn't tempted to bail on The Warlord of Mars, the third installment in Edgar Rice Burroughs' John Carter saga, though I did sigh in frustration as time and time again in these books, Burroughs made it clear that John Carter could read minds, and then NEVER EVER HAD HIM DO IT WHEN IT COULD ACTUALLY  HELP HIM! Sorry, I had to get that out of my system. Other than that, this was another satisfying, rip-roaring tale of masculine superiority, derring do, scantily dressed damsels in distress, mighty enemies who sometimes became mighty allies, with interrupted reveals and amazing coincidences up the ying-yang. Burroughs was a visionary, he predicted fax machines, GPS, auto-pilot systems, and Jabba the Hutt. 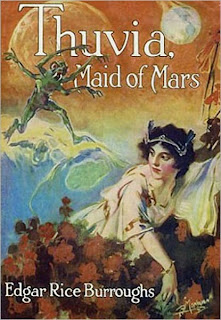 I've only just started listening to Thuvia, Maid of Mars, which takes up a year or so after the ending of Warlord. In this book (at least so far), John Carter is a bit player. His son, Carthoris, is the star. Well, I'm thinking that feisty Thuvia, Princess of Ptarth may be the actual star, but we'll see. As with Tarzan and Korak, the only real differences between Burroughs' fathers and sons are the names of their sweethearts. 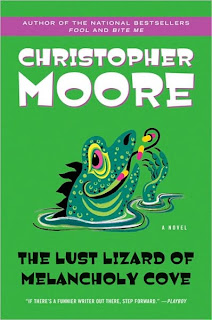 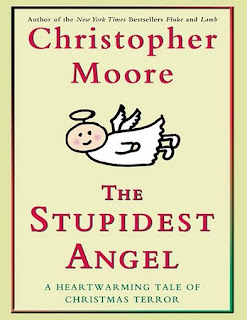 Luckily for me, I started The Stupidest Angel immediately afterward. Set about five years after the ending of Lust Lizard (I'm way behind on Moore's backlist, and mostly trying to read them in order), and in the same locale. In fact, not only are many of the characters from LL here, but a few from other Moore tales as well (including from Lamb). It's not a full length novel, and I'll be sorry when I'm done with this one too. 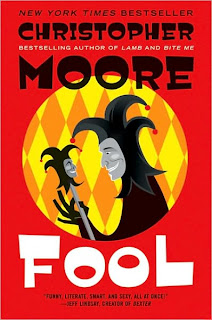 Next up? Fool, another one by Moore. I have no idea what it's about. I don't care- I'll happily follow wherever his twisted little mind leads.

Posted by Kathleen Taylor at 3:35 PM

Email ThisBlogThis!Share to TwitterShare to FacebookShare to Pinterest
Labels: books

Fool is great, but a bit different from his other works. Not for the easily offended, but then I guess you could say that about all his work. A Dirty Job is my favorite so far!