Yesterday, we went to the Museum of Ventura County and saw the most amazing doll displays. The artist is named George Stewart, and he has a rotating display of wonderfully life-like and accurate portrayals of historical figures. This month's exhibit is on Queen Victoria, and the costumes are so perfectly styled and detailed that they made this doll-maker's heart go pitter pat (no pics allowed, of course).
We were allowed to take other pics though. 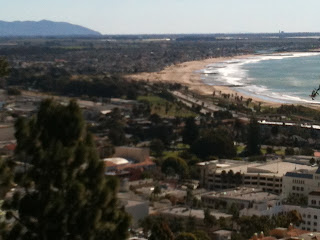 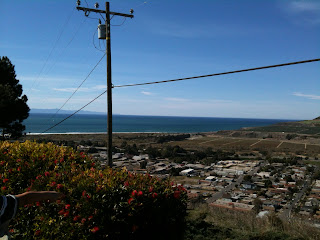 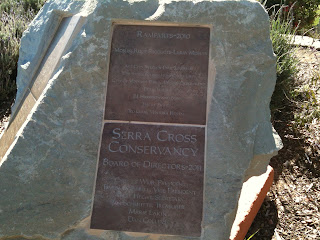 We had a picnic at this spot- the view was pretty spectacular. Also the wind, which has been South Dakotan in nature on this trip (read: constant). 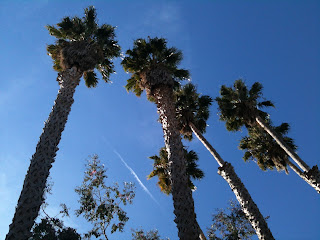 I'm not sure I'll ever get tired of looking up at palm trees. 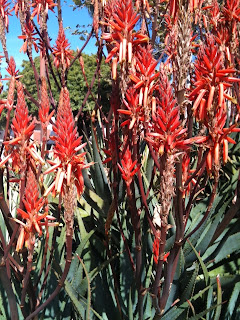 Or plants that flower in January. 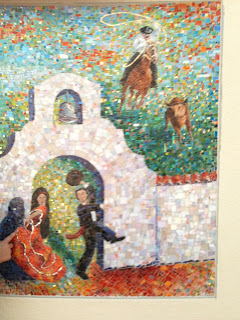 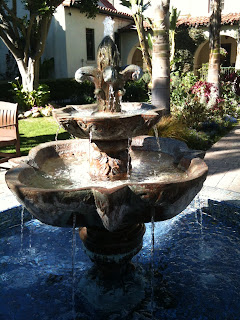 There are fountains everywhere in SoCal. This one was at the St. Bonaventura Mission. So cool. So relaxing. So lovely.

Ventura itself is also lovely- so many interesting shops and restaurants. I'm sorry to say that the the dark chocolate sea salt caramels were out of season at the chocolatier, but we made do with other delicacies. There were street musicians, and the echoes of many languages up and down the avenues. 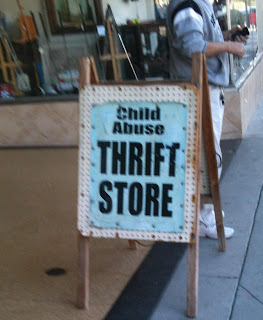 We only have a couple more days before we head out. It's been amazing, and far too quick. Soon, we'll be back in the snow (or the not-snow, whichever the SD Winter Gods decide to throw at us).
Posted by Kathleen Taylor at 12:01 PM